Today everyone has a smartphone but the size of the smartphone screen is going to be small every day that’s why today many people using a screen mirroring apps to cast the mobile screen on the big screen TV or Desktop screen.

By using the screen mirroring apps you can do things like…

This is the first app in our list of best screen Mirroring Apps, we added this app in our list because of its features and it deserves the number one position. Screen Stream Mirroring Free is the most powerful screen Mirroring app on the play store. By using this app you can share your screen on TV or PC just like a dual Android phone. By using this app you can mirror presentations, movies, and games. I especially used this app to stream youtube videos or web series. This app can easily broadcast any program, games. This is the second-best Screen Mirroring App for Android, by using this app you can mirror your phone screen on a smart TV or any other compatible device. It allows mirroring any show, gaming video, youtube video by just some clicks. This app is also helpful for screening any powerful presentations. This App simplifies the process to One Click of a button to launch the miscast service on the Phone which in turn searches the nearby Smart TV or Wifi Display or display connected to Mircast dongle such as EZcast. After your device connected you can start the screen sharing. This app will also take care of switching On Wifi of the phone if it is switched off. It is the most lite size app for screen sharing and also a powerful app that can handle screencasting on any smart tv or smart devices. This gives an option to access any game, movies, songs on the big screen which is worth installing. If your eyes are getting small by looking small screen then this app will help you to see the same tv shows on Big screen.

This is another Mirroring app in our list of best screen Mirroring Apps and it has many inbuilt features. This is also can help you to share your mobile or tablet screen on TV by using Mira cast. It allows you to mirror the screen by scanning to the laptop. It is a fully tested mobile sharing app for free with great features. This is another and only iPhone oriented screencasting app which has many powerful features for screening iPhone on any smart tv or smart devices. By using this you can play movies, web series, music on TV. 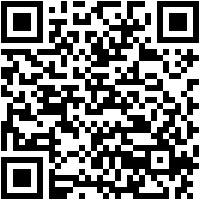 It is another best screen Mirroring App for iPhone with powerful features and screening ability to TV. Play videos, movies, web series on big screens with losing more data. This app can easily connect with any smartTV or smart devices. This is our last best screen Mirroring apps for screening Mobile TV or laptop or PC. This app is also great for screen sharing. The all the 10 apps are great for Mirroring. You can do it by starting a Wifi Hotspot and share your video experience on a big Tv screen without needing any cable or dongle.

I am sure you like these 10 best screen mirroring apps for Android and iOS, please share these apps with your friends and family.